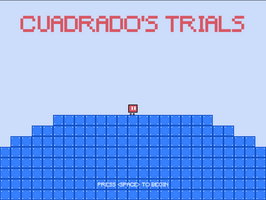 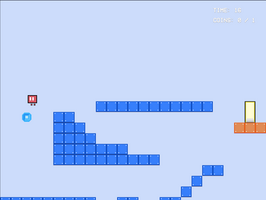 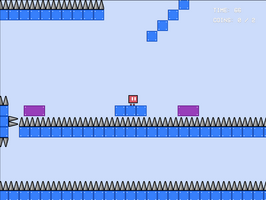 This postmortem is long overdue. What can I say, this was fun! It wasn’t easy, making time to work on this while learning so much in the process was tough. But every bit of effort was worth it.

The feedback has been encouraging, and many times precise. Here are the key issues I’ve noticed for Cuadrado:

This may be the largest thing I’ve built with Phaser. It was a great choice I made when I started this jam. I was able to quickly test my ideas, and by reading a lot of blogs I learned everything needed to figure problems out. It’s a great framework that I intend to use in the near future for some small web projects.

I do want to incorporate the feedback I’ve received and I’m already getting visions for what a new version of Cuadrado’s Trials will look like. It might be made with Godot as I’m diving deeper into that framework, but it’ll definitely be improved :-).

Once again, I’d like to thank everyone for the support and feedback they’ve given during this game jam. On to the next one.